thinkingParticles: The Cool Tool of Choice for the New Batman - Arkham Origins' Cinematics!

Matt Radford - FX Artist at Blur Studio - talked to us about the studio's involvement and his role particularly using tP: 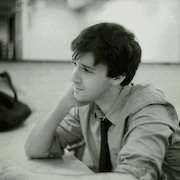 I'm Matt Radford, FX artist here at Blur Studio. The Batman: Arkham Origin's game cinematic was done with an FX team of 3, myself, Dan Chamberlin, and Kirby Miller (who was also the fx supervisor). So a pretty lean crew.

cebas: It seems that Batman: Arkham Origins was an important project for you (and your firm). Can you tell us how you were involved?

So from the start it was all about snow and how fast we could make it. With a crew of 3 guys and tons of shots we had to find a way to get it all done. I believe the fx department was on the project for a little more than 5 weeks, around a month and a half.

My personal responsibility was creating the look of all the snow and atmospherics associated with them. So I created some long fluid simulations which we could use to add atmosphere and designed some systems to let us do snow interaction with the characters.

cebas: What cebas software did you use and why?

I used thinkingParticles extensively. Its procedural nature allowed me to work on creating setups, then dropping in the characters and environments thus saving tons of time. While a setup rarely holds up without a lot of tweaking, it's better than trying to do a one-off setup for each shot.

cebas: How did you use our software to achieve the effects?

The challenge faced by creating snow on Batman: Origins was really one of time. We didn't have a lot of it. I'd done some R&D initially and had made a few cool snow systems all driven by fumeFX. They had a nice fluid look to them. I had it working where they would spawn spheres which get volume-broken and the collisions with the characters were faked by taking velocity from fumefx instead of bullet physics - which meant we didn't have to rely on low resolution proxy characters.

It looked cool, however, it took about 3 days for each shot. We ended up having much less time (between half a day and a day per shot), so I ended up using a simple matter waves emitting from some animated noise with instanced cubes.

This project definitely taught me that the complicated way isn't the right way. I'd apply some simple forces (including the lovely Random Walk, which I believe is a blur only spacewarp similar to curl noise). It all worked well enough. thinkingParticles performed beautifully. I couldn't imagine doing that show with particle flow.

tP was also used for some fragmentation shots. When crates fell we had to get the snow to spill off the top. If you think about it for a second, that is a difficult fx problem. How do you get it to stay up there, and then slide off in a nice way when the crate gets enough force applied.Kirby explored several options and ended up Pre-fracturing in rayfire, then simulating with tP.

It worked really well! In the final shot, where the crate falls on Batman, the whole thing was fractured with volumeBreaker dynamically as it gave us alot of flexibility (the day before the cinematic delivered we had to re-do that sim completely, so it was a huge relief that the whole thing had been done with tP).

cebas: How did the cebas tools perform for you and how was the experience of working with them like?

Well, just working with tP is great. The interface is awesome and really forces you to be structured and organized. I did run into a few problems though, namely that FumeFX follow is still slower than particle flow and the bullet physics is incredibly inaccurate and unstable when interacting with point cached geometry. But luckily, Shape Collision is a wonderful (albeit slow) physics solver.

cebas: How did it compare to other software you may have used?

thinkingParticles has struck a nice balance between complexity and functionality. It's a tool that's very focused on getting things done and less on abstract exploration. It allows massive, complex shots to be set-up and managed in a way that just fits with an FX Artist's workflow.

Also, the volumeBreaker node is just the coolest procedural tool ever!

Thank you to Matt and the amazingly talented team at Blur Studio!

Blur's mind-blowing work and recent projects are available on their website.